what comes before part b? (part-aaay)!!!

but the thing was… they were never “normal.”

no, we couldn’t just have a get together with beverages and food and quality time. if you know either sarah or me very well, you know that we take things to the extreme… and then we push it a little farther. we had to have parties with jungle juice so intense you forgot your mother’s name, candles and crockpots we’d leave burning all night because we’d pass out before we remembered to turn them off, and costumes. costumes galore.

the first themed party we ever threw was a prom party. we bought Lundberg/Brammer “Starlit Promises” shot glasses for souvenirs, put up prom decorations, and even  stayed up all night to paint a backdrop for the “professional photos” (and got paint all over our basement floor- we had stars and a moon there until the day we left that duplex). 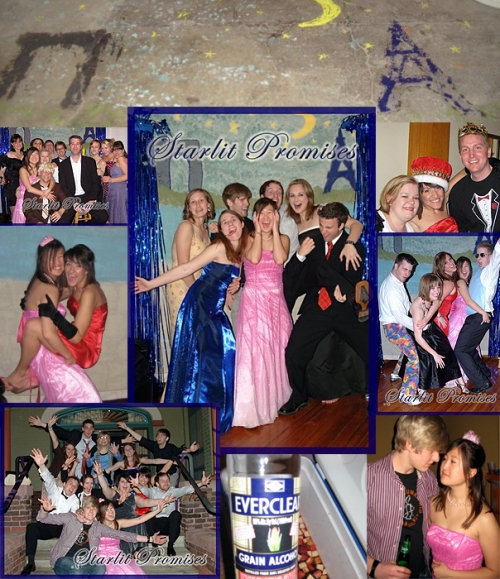 quickly following the success of the starlit promises prom of 2009, we decided that we had to have a harry potter triwizard tournament (please read the 4th book/see the 4th movie for reference). even though sarah wasn’t/isn’t a big harry potter fan– she had to admit that making our guests compete in challenges and dress like witches and wizards was a great idea.

the next party we threw was a halloween party- which helped ease those who weren’t quite ready to dive into the “costumes for no reasons.” also, sarah dressed up as matt and vice versa, so there’s a great pic of matt and i doing sarah and my “signature pose”.

after people started getting a taste for our themed parties, we started getting requests. our friend benjamin wanted to have a going away party before he left to teach in china. wanting to please, we told him any party idea he had we would gladly host. …then he said he wanted to have a “onesie” party. we were reluctant and weren’t sure if people would show up… but to our surprise… it was a huge hit.

soon after the onesie party (which renewed our spirits about our friends’ creativity and dedication to our parties) we had sarah’s birthday. she has a thing about the roaring 20s so we had a “tender is the night” night complete with prohibition, gambling, and flappers.

sadly, after sarah’s birthday party, we had to slow down on parties. we moved out of our fancy duplex and into a two bedroom apartment in terrace hill (not as hip as sherman hill). we had neighbors upstairs. the first were two uber christian girls who didn’t drink nor stay up late. the second were even worse. they were a couple. with a baby. they called the cops on us on a weekend at 11pm when we weren’t even having a party.

but that didn’t stop us from having one final shindig there. and possibly our most elaborate party to date (at least for props and scenery)- mario all-stars. 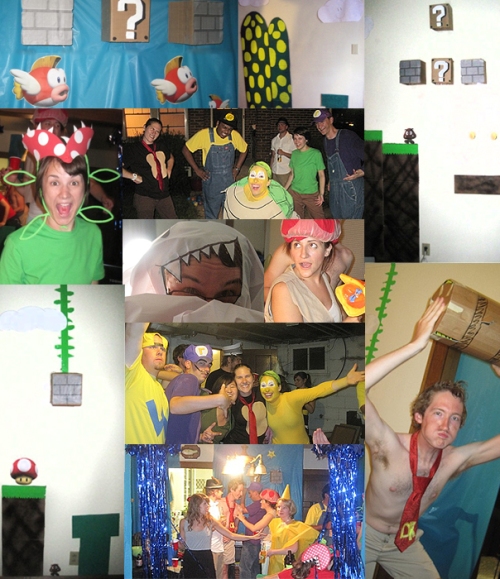 and the final party we had– right after i moved away, at the house of my gracious friend phillip, the white-trash birthday. i had just moved to mason city and sarah thought it was appropriate that i was “returning to my roots” of white trashiness. i gladly accepted that challenge. 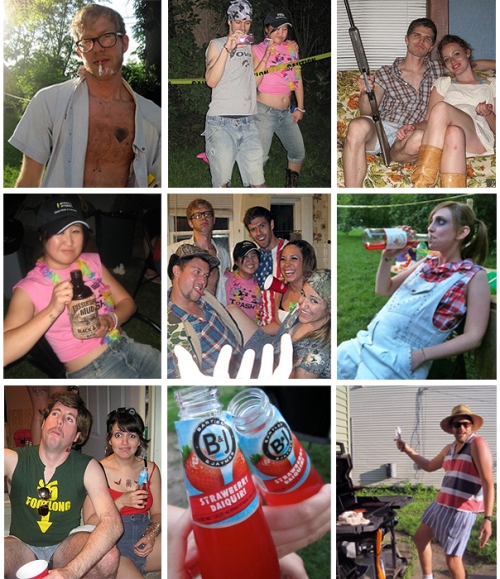 parties have continued on now that i’ve moved out. there was a halloween party in the colonade. we hada glitter party for sarah’s birthday that was potentially the most extravagant and messy party to date. the cops kicked us out the first place by 10pm. the second round of cops came to get us (at our new location) at 2am.

due to the eviction notices, the rape case, and the total shenanigans of the glitter party, i will do everyone a favor and not post any photos. 😉

it’s weird not planning and buying and setting everything up until the wee hours of the morning (although i must admit i don’t miss not having to clean it all up the next day). i do miss hosting themed parties. i also miss “family game night” where a bunch of people would get together to play silly games like cranium and imagine if. but i also am enjoying a bit of a quieter life. with rest. and health. 🙂 who would’ve known growing up is okay?

This entry was posted in Uncategorized. Bookmark the permalink.